by Marylee MacDonald, author of MONTPELIER TOMORROW, a novel about caregiving, a mid-life mom, and ALS

What Is Familial ALS?
According to ARC (“The ALS Research Collaboration) at the University of Miami, “ALS that runs in the family is known as “familial ALS” (or “fALS” for short). The type of ALS that doesn’t run in families is often called “sporadic ALS”. Familial ALS is very rare. Only about 10% of all ALS cases are familial. If more than one member of your family has had ALS, then it is very likely that you belong to a fALS family. If only one person in your family has ever had ALS, then it is most likely that ALS does not run in your family.” Here’s more familial ALS from the University of Miami.

Finding the disease mechanisms for fALS has proven to be a needle-in-a-haystack proposition. Seven years ago, an article in the November 2014 issue of Nature reported that Teepu Siddique, MD–a leading researcher in familial ALS–had made a breakthrough. Dr. Siddique is one of a handful of scientists who have consistently sought answers to the many enigmas of ALS. These enigmas all happen at the cellular level. Dr. Siddique and a team of colleagues reported the discovery of an enzyme responsible for repairing or getting rid of damaged proteins. The faulty enzyme is called Ubuiquilin-2. The gene UBQLN2 is responsible for encoding it. 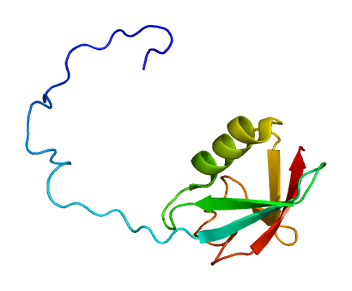 According to the ALS Therapy Development Institute (ALS TDI), “More than 30 genes have been identified with mutations associated with ALS.” Advances in genomic sequencing–and the rapidity with which such sequencing can be done in research laboratories–is behind the progress in discovering the causes of the disease.

Sporadic ALS
Ninety percent of people with ALS do not have a family history of the disease. What about them? Is something else going on? Actually, there is a breakthrough on that front, too. It looks like genetic mutations determine who gets ALS and at what age they get it. According to ALS TDI, “It is important to note that familial ALS and sporadic ALS are seemingly indistinguishable clinically from one another.” In other words, a neurologist won’t be able to do a quick test to tell you which kind of ALS you might have.

According to an article in Annals of Neurology, scientists at the Washington University School of Medicine in St. Louis and Cedars Sinai Hospital in Los Angeles were able to link genetic mutations to ALS patients who had no family history of the disease. “The scientists used a sequencing technique devised at Washington University to look at 17 known ALS genes in the DNA of 391 patients with ALS. Like the overall ALS patient population, 90 percent of the patients had no family history of disease, according to an article on Washington University’s website. The researchers found that if a patient had one genetic mutation, the onset of disease occurred later. Patients who came down with ALS at a younger age had more than one mutation.”

ALS TDI, the organization that is at the cutting edge of finding a cure for the disease,  says that “there are many theories outlining potential causes of ALS including oxidative stress mitochondrial dysfunction, immune system over activity, glutamate toxicity and toxic exposures. ALS appears to affect men at a higher rate than women below the ages of 65. For men and women over the age of 70, incidence appears to be the same.”

Success! Now check your inbox and spam folder for the file. Make sure you add my email to your approved subscribers' list. It's good to have you onboard.